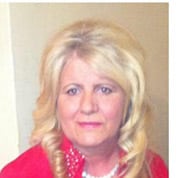 Josie was born into a Traveller family in Ireland, she came to the UK in the seventies, married at and has seven children. She lived a nomadic life travelling around Britain until an illness forced the family to settle in Hertfordshire in the nineties.

Josie worked in her local Citizens advice bureau as a gateway assessor and coordinated their Gypsy Traveller project. She volunteered with The Traveller Movement in London as a Community development worker and researcher for many years.  She holds an Advanced Award in the Management of Gypsy & Traveller Sites and she has won several community engagements awards. She has trained as a Roma meditator on the Council of Europe Romed program.

She sits on several local and national governmental advisory and Equality and hate crime boards. In 2008 she Founded and chaired GATE Herts (a GRT led not for profit charity) before taking on her current role as Chief Officer, she is committed to working towards the elimination of discrimination and disadvantages facing Gypsies, Traveller and Roma people.

Report Racism GRT is a hate incident reporting site and support service in the UK hosted by GATE Herts. Josie said that their  ‘Report Racism GRT website was a new weapon to make racism against Gypsies, Roma and Travellers “unacceptable” GATE Herts’ ‘Report Racism’ is supported by the Independent Advisory Group for Hate Crime. Josie is a group leader on GATEs partnership project with Dikh he na Bister Roma Holocaust Memorial and she organises a youth group at home and accompanies their educational process and assists the organisation of the 5-day event in Krakow every August.

Josie is passionate about pushing the Community ownership agenda. She says ‘Communities thrive when they develop their own assets, but also when they “own” their own issues. When communities accept that it is “their” issues, then they are more likely to work together to develop a solution, and the solution will be better than one provided solely by an external “expert”.’ Experts by Experience emphasises the value that individuals with experiential knowledge bring to the table and offers a range of practical advantages. 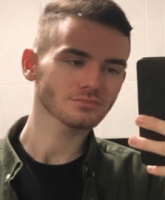 Joe is a Romany Gypsy and Irish Traveller. He joined the Team in 2021 and is the Hate Crime case worker for GATE Herts, working on the Report Racism GRT project.

He has a CILEx qualification as a legal secretary. He believes in advocating for those who are marginalised when social, economic and political decisions affect their lives. Claire is a Romany Gypsy. She has been involved in activism for many years and has worked as a Community engagment worker. She specialises in Domestic Abuse and has worked closely with Woman’s Aid in this field. She provides Cultural competence, and diversity inclusion training to a range of service providers. Claire is passionate about improving the quality of life for her communities. 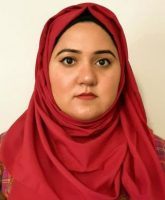 She came to us from Herts Community Development team in 2016 to assist and support un with our financial affairs, she has been a fantastic support to us since then. Zahra joined the team in 2018, bringing a wealth of knowledge and skills in administration and finance. 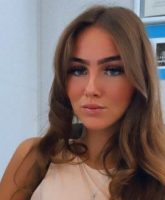 Cherish is a Mixed Romany Gypsy and Irish Traveller, She joined the team in 2022 as a Trainee Community Support Worker.

Her professional background is within Health and Social Care. She is passionate about the promotion of Equality and Inclusion for all through a Human Rights based approach.

We are a representative organisation for Gypsy and Traveller people across Hertfordshire. Our aim is to improve quality of life for our communities. We work in partnership to address the issues which affect our accommodation, health, education and employment.